About the European Federation of Tourist Guide Associations (FEG)

Our Members are the professional, qualified tourist guides in Europe. They are committed to quality and standards and add value to the visitor experience. Using key techniques that combine knowledge and practical skills they help bring alive each location and are often described as 'ambassadors' for their country. A Code of Conduct and a Quality Charter reinforces their professional approach. If you'd like to find one of our Members click on the LINKS.

FEG was founded in 1986 in Paris to represent the profession at European level, to publicise and improve the quality of service offered to all visitors to Europe and to bring together and strengthen professional tourist guiding links across Europe.

FEG is the voice of professional tourist guides in the Europe and is recognised as an advocate of high standards and quality in tourism. It is an active member of several European organisations and groups and a participant or observer in key European forums.

The current full members are:

1. FEG as a voice for tourist guides in Europe

FEG gives professional tourist guides a voice in Europe. For more than 30 years FEG has been able to achieve a much higher profile for tourist guides in Europe and has itself become recognised and respected as a relevant lobby for its profession. In fact, it is increasingly the case that European organisations prefer to consult with other European organisations rather than with local or national groups.

As a result, FEG representatives attend and/or sit on a number of pan-European groupings and contributes on a regular basis to discussions on all aspects of the tourism industry in Europe. FEG was a member of the Commission's Sustainable Tourism Group, which reported in March 2007 and in 2009, will be contributing to the new Social Tourism Working Party.

Then FEG was invited and participated during 2011 as a member of the Commission's steering group meetings on the European Professional Card, under the auspices of DG Internal Market and Services, moving on in the last few years to a regular collaboration with DG Grow and DG Education & Culture.

Since 2015 FEG is a partner of the European Tourism Manifesto for Growth and Jobs, as a steering group member on the skills and qualifications sector. FEG has been regularly attending all EU important meetings and forums concerning the tourist guide profession, tourism, cultural heritage and professional qualifications. 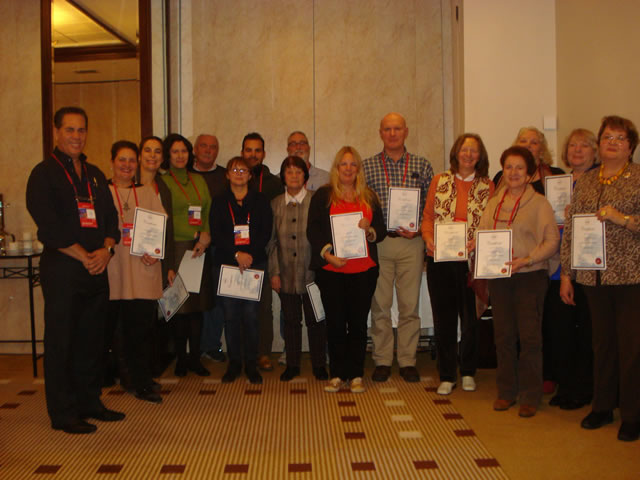 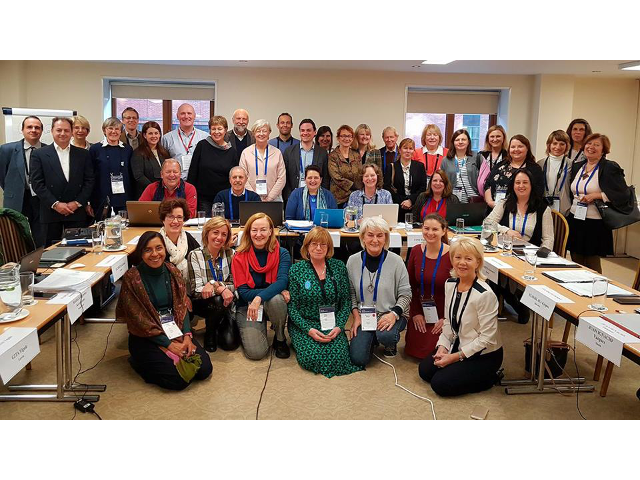 2. Tourist guiding as a unique and distinct profession

Historically Tourist Guiding has developed for decades as a distinct profession within the tourism industry alongside other complimentary professions that also contribute to the visitors’ overall experience. Professional qualifications for tourist guides in European Countries have helped raise quality and standards and in a number they are needed to practice the profession.

Over the years there have been various attempts to define services in tourism. The entire industry helped the European Normalisation Body (CEN) develop a European Norm which was finally approved in 2003 (EN13809- 2003). Representatives from across tourism and across Europe took part.

FEG was an official observer and a number of Tourist Guide experts, whom FEG had identified, played an important role in deliberations about many of the final definitions. The result of this work has been widely reported. The definitions add greater clarity and transparency to a vast range of services provided - including definitions of such things as, to see' ,' a visit',' a cruise',' a guided tour' etc. There are separate definitions for Tourist Guide and Tour Manager that help to clarify the differences between these two professions. It benefits the consumer - and authorities - to know how each service in the industry fits together and to understand that the services and professions are not the same as each other. The established distinction between the two professions of Tourist Guiding and Tour Managing has been a notable historical achievement. This is the more important in instances where this distinction is misunderstood or blurred.

FEG, at its meeting in Prague in February 2006, finalised its own document, 'Tourist Guide Training - The Way Forward'. As a consensus of views of its Members the Document establishes common criteria for tourist guide training and identifies common subjects for modules. It additionally emphasises the importance of language skills and compliments FEG's documents on language testing. Crucially it recognises that the vocation of tourist guiding comprises the interaction of knowledge and practical skills and sets out how this can delivered in training. FEG's wealth of experience, its involvement in so many countries and its members' unique position in so often being the link between destinations and the visitor makes this a 'best practice' document of help to training providers across Europe.

At the same time FEG was formulating the Way Forward policy document CEN embarked upon the development of a European Standard on Tourist Guide Training and Qualification. This new project, instigated by Austria, has now for the first time resulted in a European Standard that sets out the minimum standard for training leading to qualification. EN15565 was approved in January 2008 and adopted by CEN signatory countries by September 2008. Never before has there been a pan-European consensus on the minimum hours needed for training, the subjects and competencies to be covered, the relation between knowledge and practical skills and the level of language required.

EN15565:2008 involved FEG and its Members, together with experts with relevant experience. The standard can, of course, be applied across Europe and is already being heralded as a major pan-European achievement. This will help in establishing the equivalence of qualifications from one state to another whilst again increase consumer awareness of the type and level of service for which they are paying.

Copies of EN15565 can be purchased direct from CEN. The equivalent National standard can be obtained from each member country's normalisation body. In 2009 FEG published a guide of the Standard. 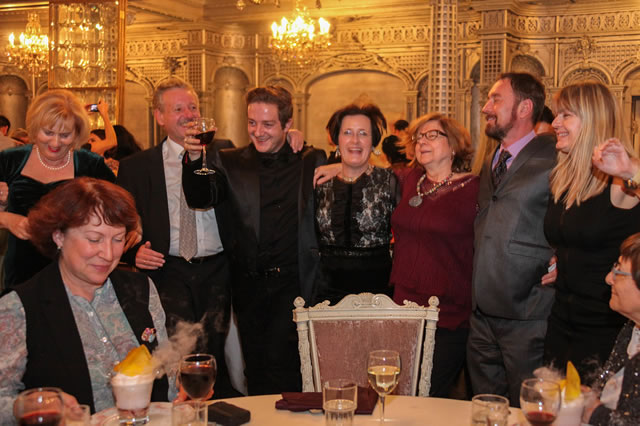 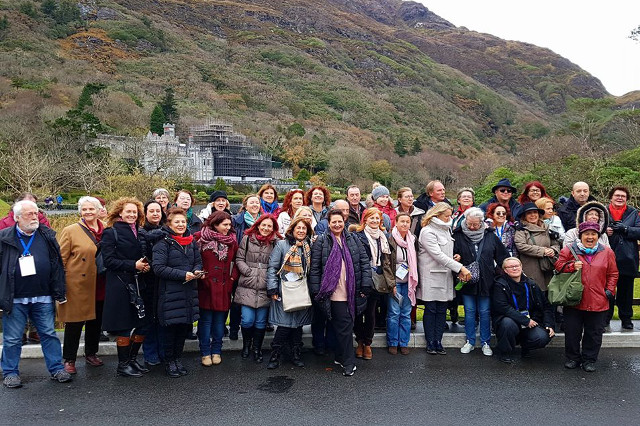 FEG is well aware of the importance of equivalence of professional qualifications from one country to another. A vital part of FEG's work is to consider this issue in relation to tourist guiding. Whether tourist guiding in a certain area or country is regulated or not, it will become increasingly important to establish how one country's training and qualification relates to that of other countries.

Following FEG's AGM in Istanbul in 2006 a Training Committee was established. Its Mission Statement is as follows:

Since 2006 the Committee has identified training programmes that can be delivered in accordance with the terms of reference.

In 2012 a FEG Training Consultative Group consisting of experienced FEG accredited trainers and chaired by FEG Ex-President, Tom Hooper, was established. The group was formed to advise the FEG ExCo on training issues, to create and present new seminars and courses accredited by FEG and to deal with the assessment of future FEG trainers. The FEG Training Consultative Group Conveners for the years 2017-2018 were jointly two FEG accredited trainers, Viola Lewis and Iris Barry. In the years 2018-2019 the Convener was Iris Barry.

A larger number of seminars and a two day course are now offered by FEG's accredited trainers, who deliver training in English, German, Greek, Italian, Polish and Spanish.

For a description of the seminars offered, please click here.

A number of these seminars have been delivered to qualified tourist guides from all over Europe at FEG's AGMs over the last years, receiving extremely favourable evaluations. Seminars will continue to be offered during FEG annual European tourist guide meetings and can be offered wherever FEG member-associations or non-member tourist guide associations wish.

Wherever and whenever funding is available, FEG will support appropriate projects. In November 2007 a Leonardo funded project seeking to establish criteria for City Guide training was completed. Since 2012 FEG has been actively participating in a Leonardo project called "T-GuIDE", for "Guiding people with intellectual disabilities and learning difficulties". FEG contributed its views with emphasis on quality and standards. This will eventually become a new CPD training for our colleagues, who wish to learn more on this special topic and FEG will be the accrediting body for it in Europe. For more info on the T-GuIDE project please click here.

5. FEG's Quality Charter and a Code of Conduct

In spring 2008 WFTGA's Code of Conduct was considered and adopted by FEG. This step means that both the Quality Charter and the Code of Conduct apply to more than 60.000 qualified tourist guides in Europe and to further tens of thousands across the world. 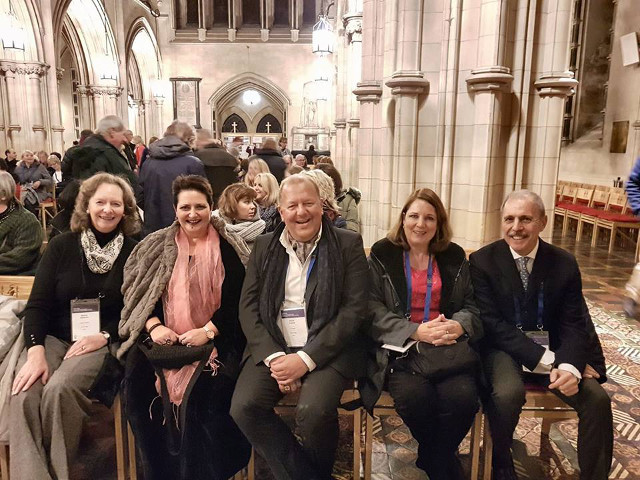 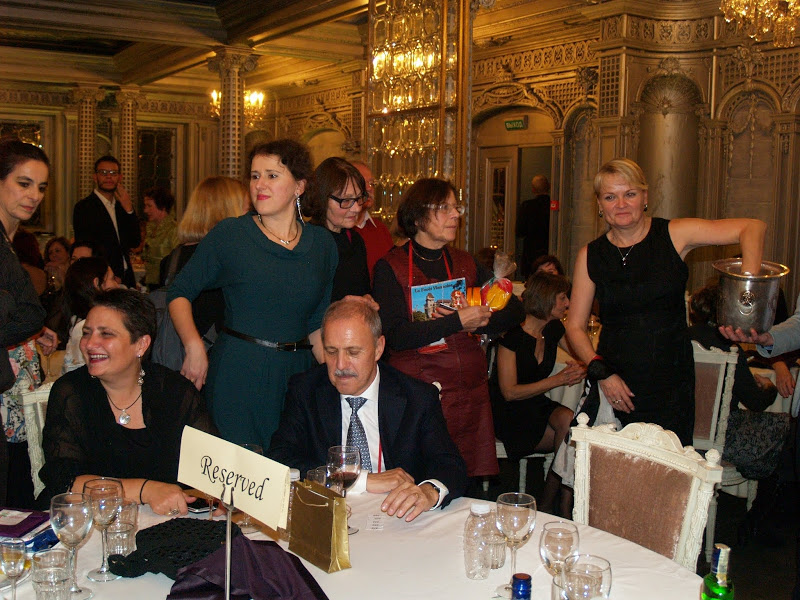 6. Working to bring together members for mutual benefit.

There is yet another side to FEG, outside the EU work and representing Tourist Guides in Europe: It is the role FEG can play in bringing the various and often disparate tourist guide associations together for mutual benefit. Often this might be to share common challenges or to share information – issues such as site liaison, new European legislation and regulations (e.g. in relation to coaches, requests to know the services provided by colleagues across Europe, which markets are growing or shrinking etc.) This is important. By knowing that there are common issues and by exchanging information both FEG and the national associations are better equipped and can grow – including with non-member associations. In 2007 FEG engaged its first lawyer with European expertise, developed a link with Visit Europe, is seeking sponsorship and is working on a joint campaign to promote quality and standards with the World Federation of Tourist Guide Associations (WFTGA). In 2015 FEG has signed an agreement with the European Network for Accessible Tourism (ENAT) for collaboration on Tourism for All and for the mutual promotion of European accessible destinations, for the certification and CPD of qualified tourist guides across Europe on guiding people with special needs and people with learning difficulties by offering seminars. All key documents can be found on http://www.feg-touristguides.org/

Finally, there is the opportunity to network with colleagues and experts from across Europe. This has been found to be extremely useful for members - whether it's the contacts made at FEG meetings, seminars and conventions or through the use of the various national directories and website information.

FEG's website links directly to those of Member Associations and to a whole host of other resources for tourist guide and visitor alike.

Our most important networking events are the annual European Tourist Guide Meetings for all colleagues and the delegates' General Meetings. In the last years they were:

The planned for 2020 22nd European Tourist Guide Meeting in Valencia, Spain has been postponed for November 2021 due to the Covid-19 issue.

The FEG AGM 2020 will be held in a place to be announced in due time for the FEG delegates only.