1. What year was SNATTI established, and where is the headquarters?

To promote and defend the qualified tourist guides, members of SNATTI.

Working together with National and Local Organisations such as the General secretary of Tourism, the Portuguese National Tourism Boards and the Lisbon Tourism Board, SNATTI aims to make the profession of tourist guides visible and appreciated by all.

Tourist guide from Porto at the banks of River Douro. View from Luis I Bridge and the Rabelos boats © SNATTI

3. How does someone become a qualified tourist guide in Portugal?

Once a year, there are National Examinations.

The examinations are held in different cities in Portugal. Any person with training in tourism is allowed to enter the examinations, after approval by SNATTI Quality department.

The exams are simulated tours and are candidates have to present in a site (museum, monument), on a walking tour and in a moving vehicle. Just like they would in real life! The candidates are also examined in languages and they have to be able to speak at least two other languages in addition to their native Portuguese.

The examiners can be members of the SNATTI Quality department, SNATTI ExCo, language experts, and representatives of the National Tourism Board and other tourism stakeholders. 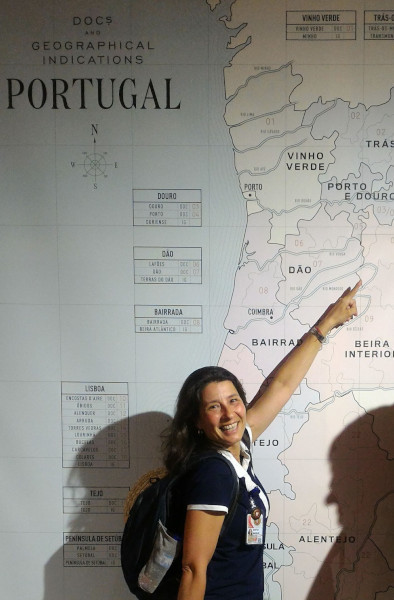 4. After becoming qualified, what are some of the professional development classes that guides typically take in Portugal to enhance their knowledge and skills?

5. Is there an official badge that qualified tourist guides in Portugal wear?

The badge comprises of the Portuguese Coat of Arms and the inscription means “Official Tourist Guide”. 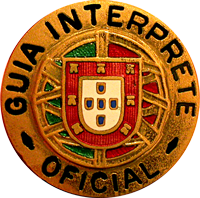 6. How many qualified tourist guides are members of SNATTI and what are their diverse backgrounds? Also, how many languages do they guide in, and do they specialize in themed tours?

SNATTI has a membership of 400 tourist guides. The qualified tourist guides in Portugal have similar backgrounds. Most of them received a 3 year University training in tourism. A few have qualifications and university degrees in history and languages.

Our guides are National Tourist Guides, which means that they have to have knowledge of the whole of the country and understanding of all the regional variations and issues. In addition our guides have to be able to speak at least another 2 languages and many speak, three or more. 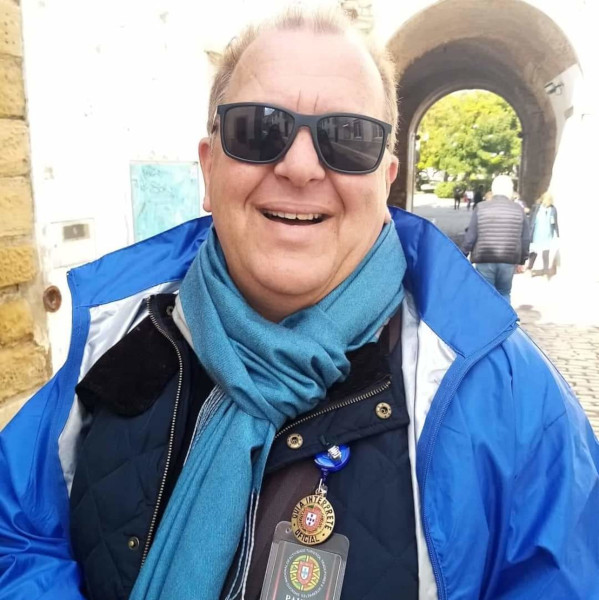 Tourist Guide in the Old Town of Faro © SNATTI

7. What are some of the top reasons for using a qualified tourist guide in Portugal?

The main reasons to use qualified tourist guides are:

8. What are some of the popular places to visit in Portugal?

There are so many places to visit in Portugal!

Lisbon, the capital of Portugal, is a world famous destination and the picturesque town of Sintra, just outside the capital, a must-see.

Cities such as Coimbra with the oldest university city in Portugal.

Porto with its excellent wines and port produced in the unique Douro Valley.

Braga, the city of the Archbishops of Portugal with one of the oldest cathedrals in the Iberian Peninsula.

Fátima, one of the most important catholic shrines in the world.

Tomar the 12th C city founded by the Knights Templar.

Évora a famous UNESCO World Heritage Site and member of the Most Ancient European Towns network.

Madeira with its magnificent flowers, landscape and Unesco Laurisilva park

The complex of the Azores, the 9 green islands in the middle of the Atlantic Ocean, are just some of our suggestions.

And for those who appreciate temperate climate and the outdoors, the Algarve region offers sea, mountains and sport in addition to culture. 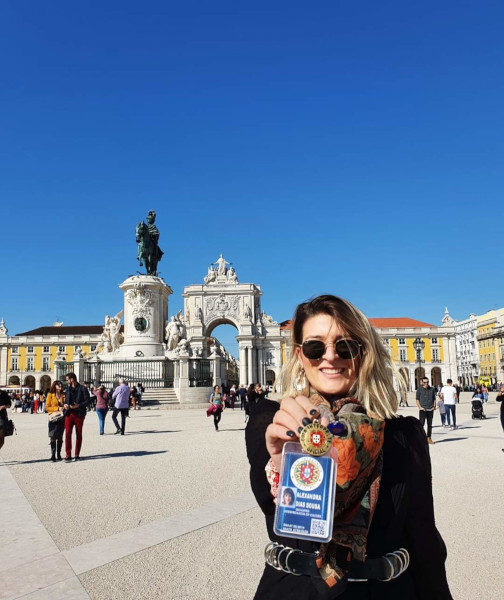 9. What are some general tips you would give to potential visitors planning a vacation to Portugal?

Enjoy one of the most beautiful countries in the world!

Make sure you don’t miss the wines, gastronomy, history, monuments.

Enjoy the sun and temperate climate almost all year round!

And hire a Qualified Tourist Guide!

10. Where can potential visitors to Portugal find out more information about SNATTI and also find a qualified tourist guide?

The first port of call is the SNATTI website https://snatti.com

Go to https://snatti.com/reservas or email reservas@snatti.com to book a Qualified Tourist Guide.

We are waiting to hear from you!

Cultural Routes of the Council of Europe